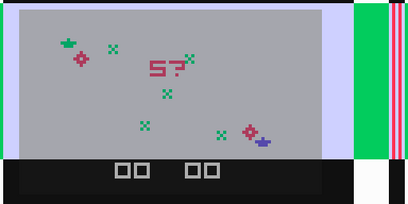 A screenshot from MESS displaying the visible and invisible portions of VRAM and the other shows screen of normal size in the same scale.